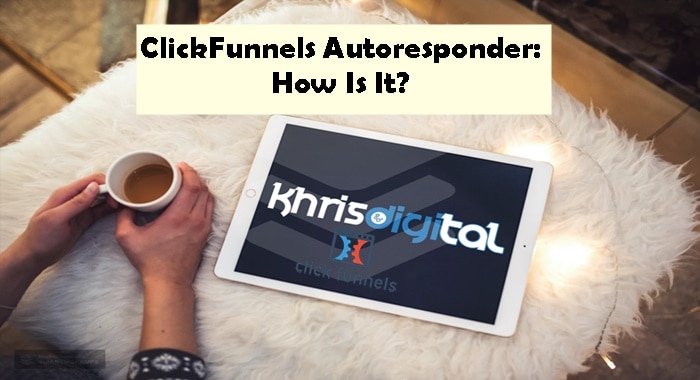 Does ClickFunnels actually have an email autoresponder?

…With ClickFunnels as their sales funnel building platform.

I will not only clarify that in this helpful post, but I will also go into details on how the inbuilt autoresponder inside of ClickFunnels works and what it does compare to your favorite stand-alone automation platform.

Does ClickFunnels Have An Autoresponder?

But there are few areas ClickFunnels autoresponder beats your usual autoresponders like ConvertKit, ActiveCampaign, etc. That and more are the things I’m going to talk about later in this post.

But have you ever wondered what really makes ClickFunnels autoresponder (Actionetics) stand out?

Let us go into the complete details of Actionetics.

Actionetics is just more than an email autoresponder in the sense that it speaks directly to your customers as they go through your sales funnel. With the help of Actionetics you would be able to see who exactly is coming into your funnel, then market to them based on who they are, where they came from, and the actions they take in your funnel.

One thing to be aware of is you only got access to this automation tool when on the Etison suite (now Platinum) of $297/mo.

I already covered the complete features of this inbuilt autoresponder in this Actionetics review, you can go through it if you got the time, but I want to go in deep a bit on critical things you need to know about this ClickFunnels email autoresponder.

Differences Between ClickFunnels Autoresponder And Others

#1: Integration With Your Funnel

Since the autoresponder within ClickFunnels is inbuilt, it makes it easy for you to connect everything together. While solutions like ActiveCampaign also supports highly automated workflows and advanced email marketing functionalities…

ClickFunnels even makes this super easy because the seamless direct integration of Actionetics into your Funnels makes it very easy to create such workflows.

When you are on the $297 plan/mo plan, you are not just going to get Actionetics. Remember you will get other amazing features that come with it.

When it comes to the normal autoresponder like ConvertKit and GetResponse, you pay (on minimal) $15-$29 per month for just the basic automation and email service.

As your email list grows on these platforms, you will be charged more and more. On the other hand, Actionetics allows you to have unlimited contacts when on the Platinum plan.

With Actionetics, you have no problems related to deliverability because you will be using your own SMTP server unlike platforms like AWeber, GetResponse, etc.

Another thing is that you will have to pay extra for an SMTP service on ClickFunnels if you really want to enjoy this.

I myself was really confused on how SMTP works, connecting it to ClickFunnels and Actionetics MD. Not until Bailey Richert who happens to be the host of 30days.com Summit and ClickFunnels Affiliate Bootcamp Summit shared a valuable post inside the ClickFunnels community on how everything works.

So, here is how she simply broke it down (I quote):

What in the world is an SMTP?

Assuming you are to send a written letter to a friend via snail mail. There are 2 parts to that activity:

Think about sending mass marketing emails just like these 2 parts of a real snail mail letter: you write the email and ‘package’ it up to send, then someone delivers it.

When you have an email autoresponder (like ConvertKit), that company is doing BOTH parts for you: they are giving you a user-friendly front-end platform where you can write the email and then they send it.

How do they send it? Using SMTP’s. An SMTP is like the post office in our snail mail analogy. It is what actually delivers the email. In reality, it’s a whole bunch of email servers sending emails.

What you probably don’t know is that these email autoresponder companies like MailChimp, Convertkit, etc do not own their own SMTPs! They actually hire other SMTP companies to send their emails!

That’s why you pay so much. They give you the front-end platform to write the email, then charge you a huge markup cost. They then hire the SMTP for a small cost to send your emails.

And you’re willing to pay for this, though, because you don’t have the tech knowledge to hire the SMTP to do it yourself.

Well, with ClickFunnels, you can!

ClickFunnels gives you the first part you need to ‘write your letter’. With Actionetics, you get a user-friendly platform where you can write your emails and schedule them to send (just like an email autoresponder does).

But, ClickFunnels doesn’t deliver the emails. It’s not an SMTP, and (until recently) didn’t hire an SMTP company to send the emails you wrote. It required you to get your own. Which, actually isn’t that hard at all!

You can do it yourself with a little help.

But let’s say you don’t want to do it yourself. You WANT ClickFunnels to provide you that SMTP just like MailChimp, ConvertKit, and AWeber do.

That’s what Actionetics MD is.

ClickFunnels realized a little while ago that people wanted this help setting up their SMTPs, so they partnered with a super reliable one, called SendGrid, so that they can offer you everything you need: both the user-friendly platform for writing emails in ClickFunnels and the actual email delivery, just like the other email autoresponders do.

So, if you want to use Actionetics for your email marketing and ditch your old pricey email autoresponder, you can still either set up your own SMTP with the regular Actionetics, or you can get Actionetics MD which has it all built-in.

I hope this clarifies things for you? 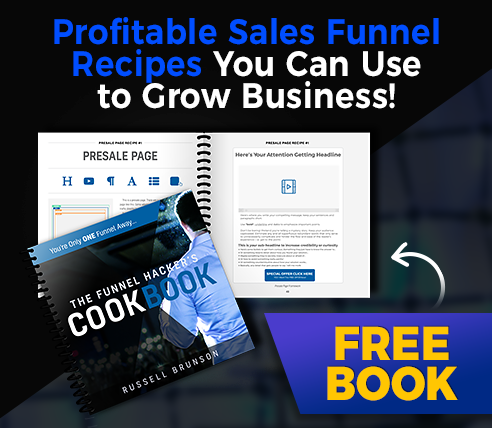 How To Setup & Integrate Third-party Autoresponder In ClickFunnels

Did I remember telling you that you can also integrate your favorite email autoresponder while still on the Platinum plan, even after setting up your Actionetics?

Or maybe you’d love to be on the Startup plan of $97/mo? Do check my list of the best autoresponder for ClickFunnels here.

Here is the process to integrate: 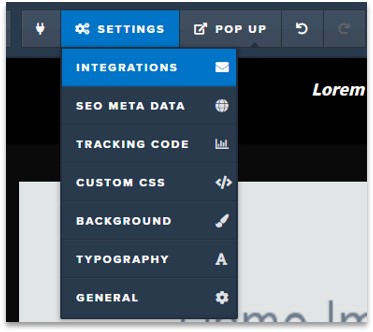 Click here to read the help documentation on integrating third-party autoresponders with ClickFunnels.

That is all on everything you need to know about ClickFunnels autoresponder.

Do you have plans migrating or starting with ClickFunnels Planinum plan? Then I think you should view these helpful incentives which might be of great help while using ClickFunnels.

Struggling to understand how funnels work and how to make money fast using ClickFunnels in your online business?

Here is a free training by Russell Brunson on understanding sales funnel and the hidden strategy behind a successful one.

Affiliate Disclosure: I am an independent ClickFunnels Affiliate, not an employee. I receive referral payments from ClickFunnels. The opinions expressed here are my own and are not official statements of ClickFunnels or its parent company, Etison LLC.

My mission is to equip and arm you with the precise marketing tools, resources, strategies, and tactics to help you make IMPACT, SERVE more and (of course) EXPLODE your income so you can live life on your own terms. 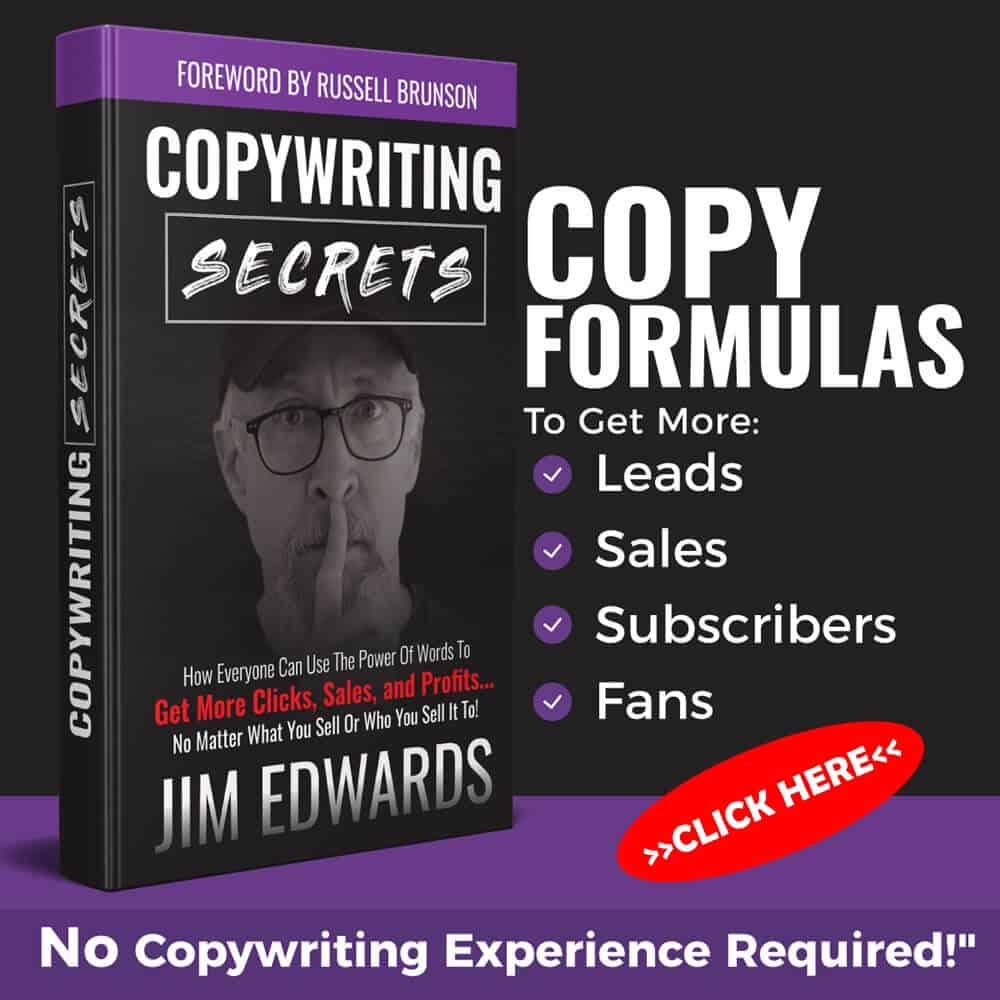 Get Traffic For FREE!​

Download My 3-step cheat-sheet on getting targeted TRAFFIC that leads to sale! WITHOUT paying an ARM and LEG...

Before I can send your FREE Traffic cheatsheet, you need to confirm your email.

All you need to do is follow these ​TWO simple steps:

Step #1: Check your email for a message from Khris Steven with the subject line - “Please Confirm Your Request for your information”.